In this post, we highlight the key points from Chapter 44: Flash-based SSDs from OSTEP.

In this section, we introduce the raw flash using the bottom-up approach by first introducing the basic building block: transistor (i.e. cell). Then, we organize those cells into flash planes, which consist of physical blocks and pages. Finally, we introduce the basic operations supported by the raw flash and possible performance and reliability considerations when we build a persistent storage device.

From Raw Flash to Flash-Based SSDs

The organization of Flash-based SSD 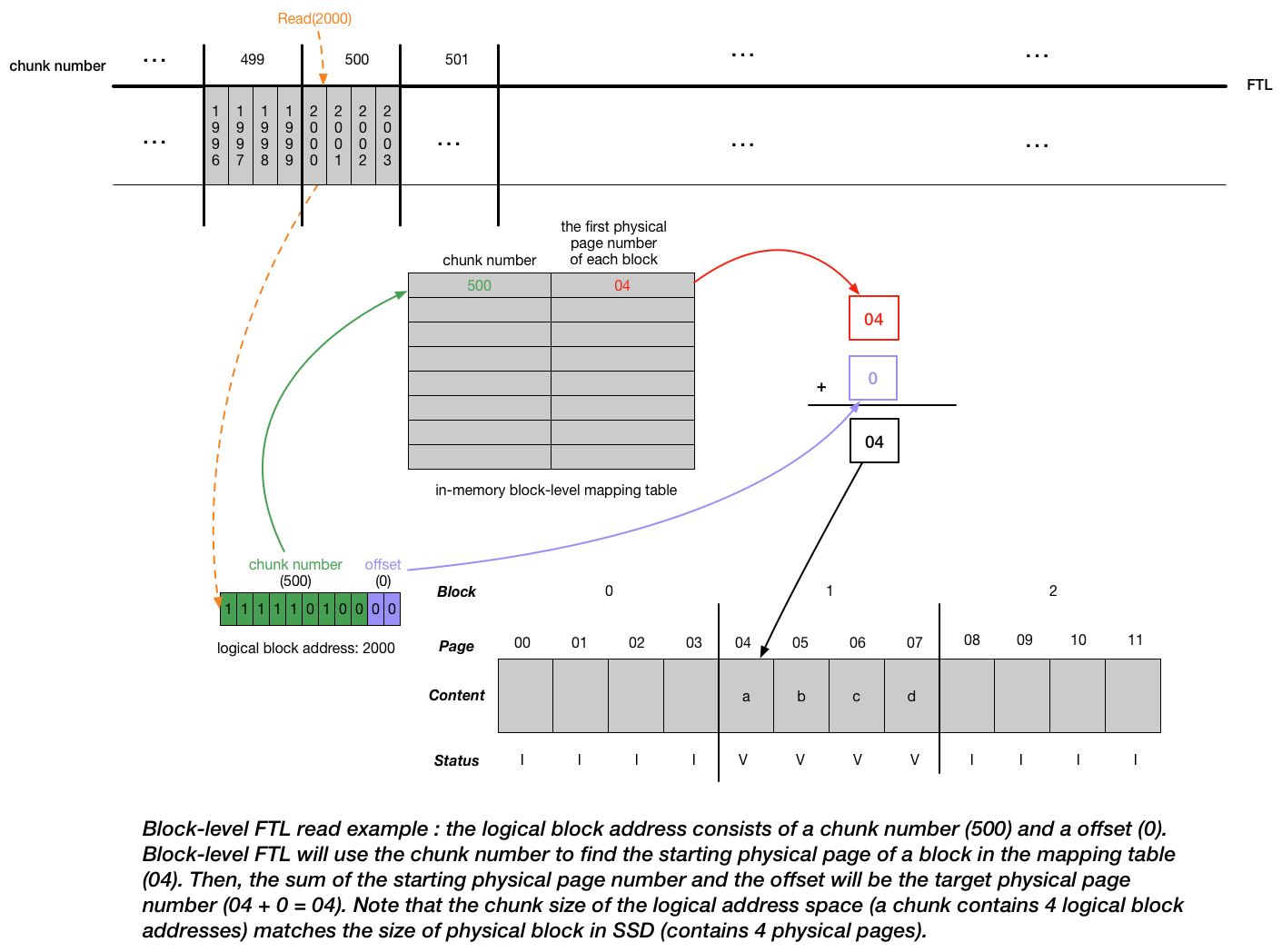 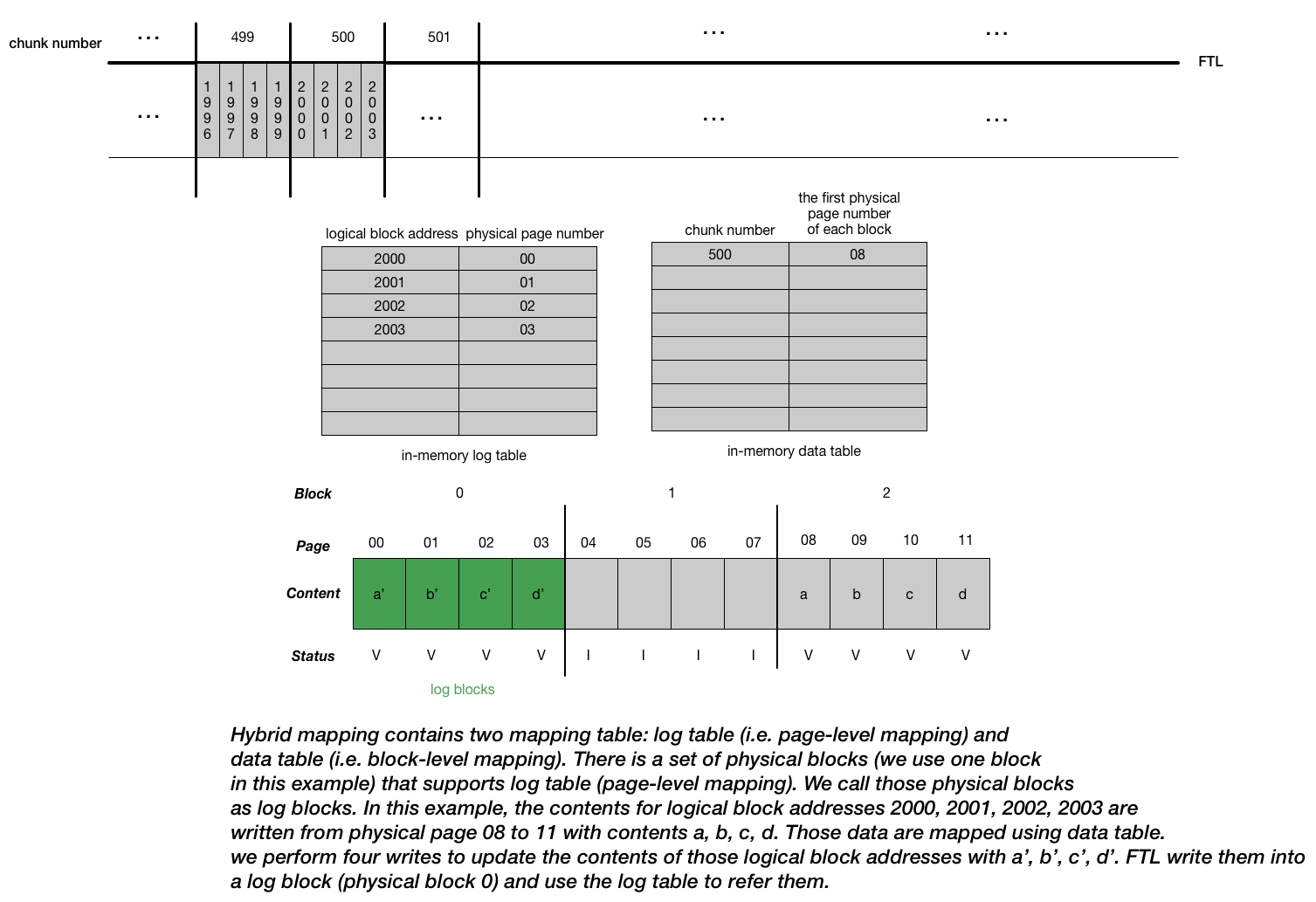 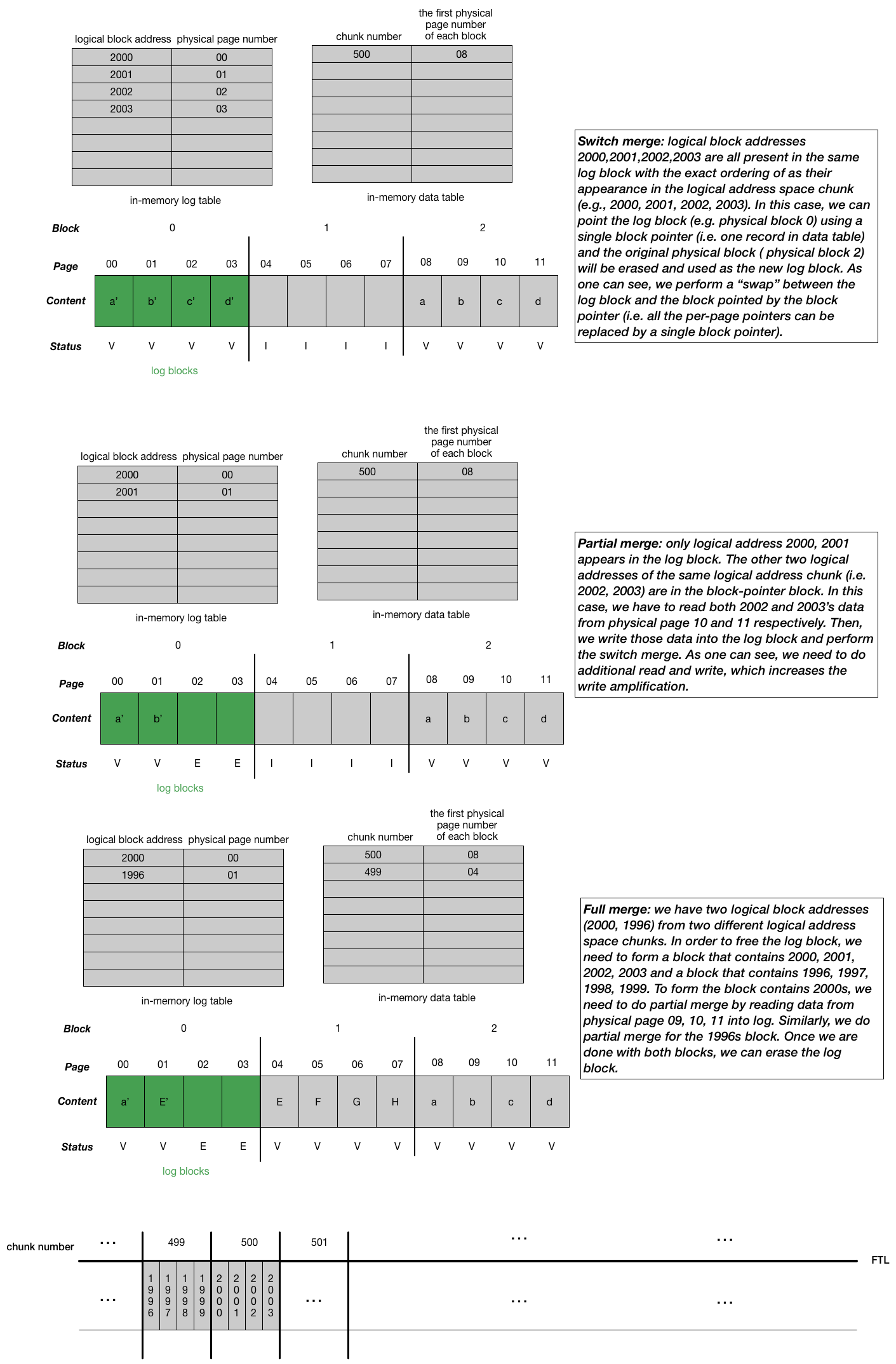 "compaction" isn't a term used in the chapter. I use the term as a way to indicate the whole moving log block process greatly mimics how the compaction works in the Log-structured merge (LSM) tree. Log blocks can be thought of as "memtable" in the LSM-based key-value store. In addition, when we look for a particular logical block, the FTL will first consult the log table; if the logical block’s location is not found there, the FTL will then consult the data table to find its location and then access the requested data. Also, we need to periodically scan the log table and corresponding log blocks to form blocks pointed by only one block pointer. All these behaviors are similar to how read and compaction work in the LSM-based key-value store.