RAMCloud is a large-scale general-purpose DRAM storage system for datacenters. The system is motivated by the fact that Large-scale apps struggle with utilizing DRAM to its full potential: 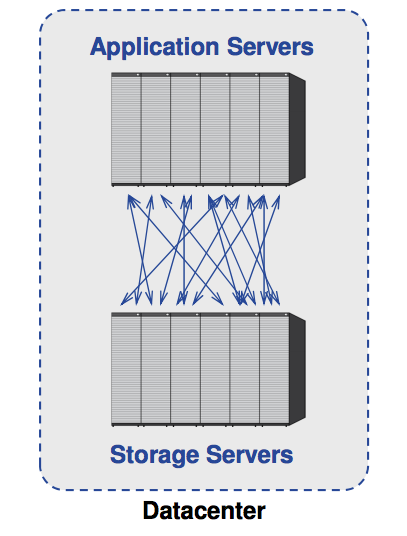 It has four design goals:

This paper focuses on the "high durability and availability". Replicating all data (x3) in DRAM fix some availability issue but triple the cost and energy usage of the system. Thus, RAMCloud only stores a single copy of data in DRAM, which brings the problem of availability: what happens when server crashes? RAMCloud’s solution to the availability problem is fast crash recovery. Then the problem becomes how to recover from crash within 1s~2s for 64GB or more DRAM data? 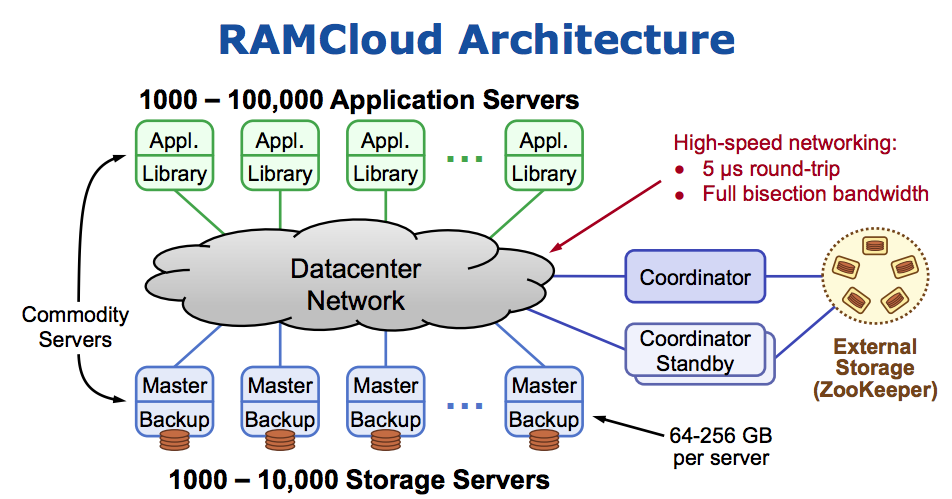 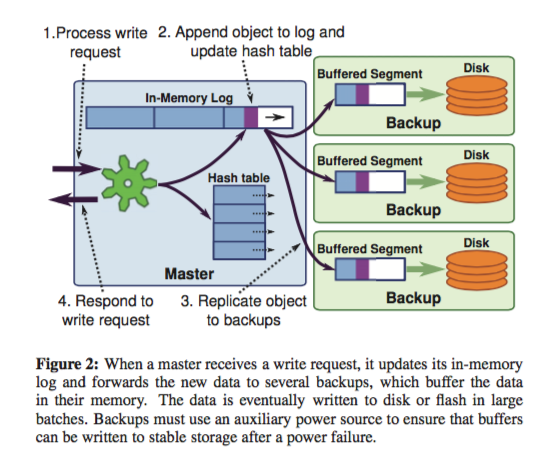 This part idea borrows from log-structured file system. Log structure in memory is thought to be interesting by Vijay. 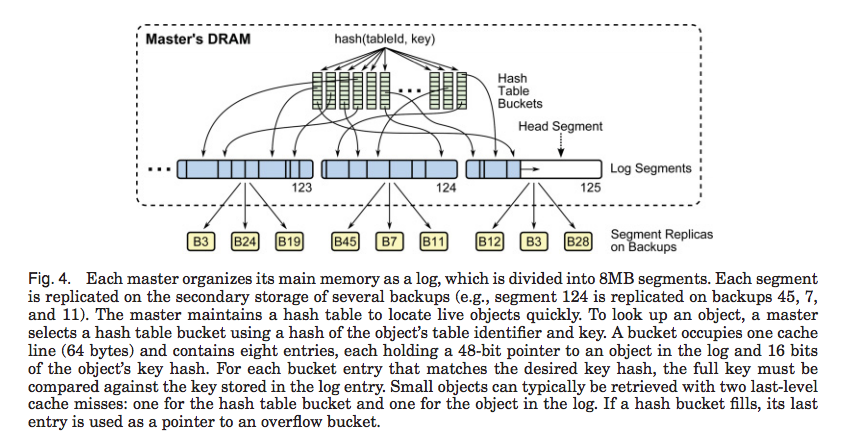 Each segment is randomly shuffled to multiple backups and recovery is constructed in parallel, which reminds me of the MapReduce. Segments are distributed uniformly across backups, which mirrors chunking the data evenly in Map phase. The recovery from multiple recovery masters and each recovery master only done part of the whole need-to-be-recovered data, which reminds me of Reduce phase. Even Prof. John Ousterhout in the video thinks that MapReduce almost solve their problem. 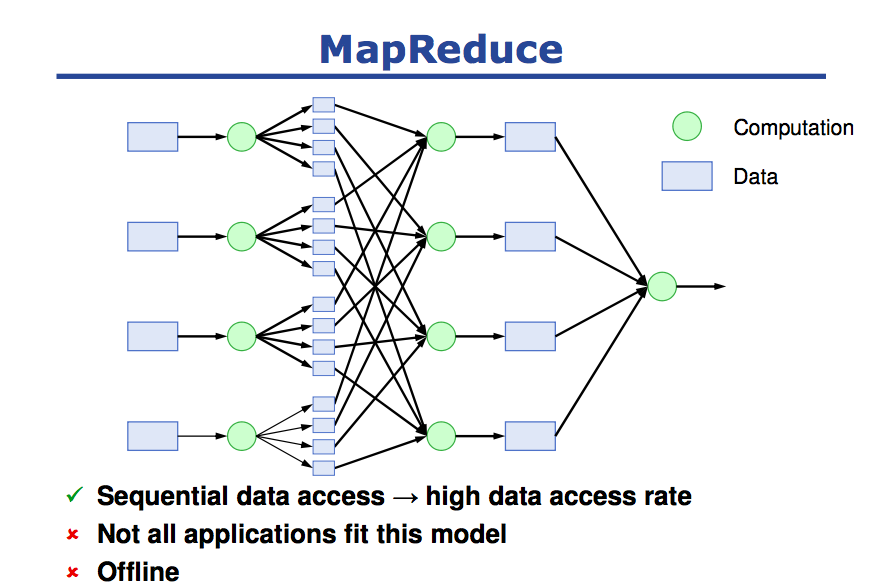 This finding is quite atonishing to me because MapReduce paper comes out in 2004 and RAMCloud comes out in 2011. If we take a slightly different angle to look at prior work, we may find something new. That's provoking for me in terms of research.