The architecture of a storage system in a production setting needs to include: 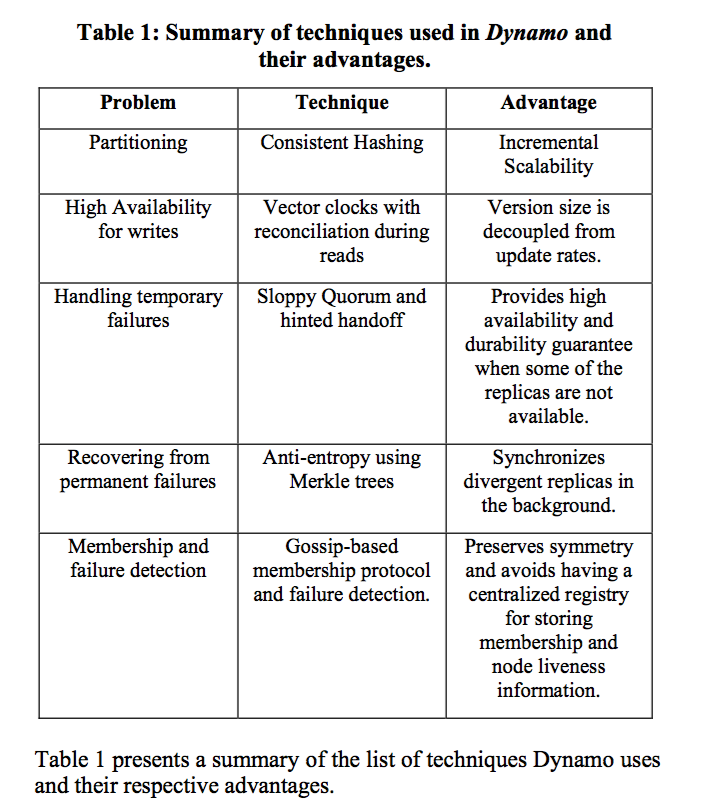 The relation between Table 1 entry and the following sections:

Works like Git: if Git can merge different modifications into one, Git is done automatically for you. If not, you (client) have to manually reconcile conflicts. 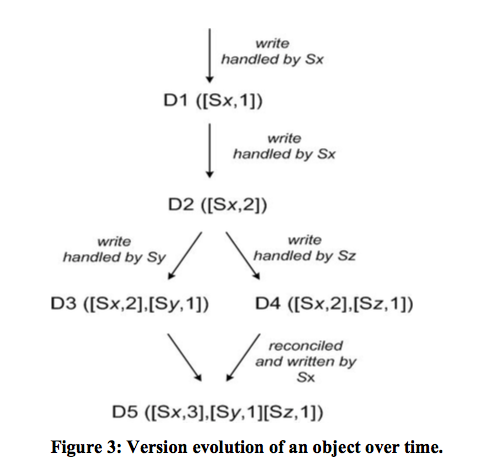 Execution of get () and put () operations

Dynamo client applications can tune the values of N, R and W to achieve their desired levels of performance, availability and durability:

I really like this paper. It connects all the classic distributed techniques (i.e., gossip, quorum, consistent hashing, merkle tree) into one.