I'm starting to read through Hacking: The Art of Exploitation on my four hours daily commute to work in order to get myself more comfortable working with C. I resolve a puzzle I have about C, as shown in the title.

b will contain 30 and a will contain 6, since the shorthand of b = a++ * 6; is the equivalent to the following statements:

b will contain 36 and a wil contain 6, since the shorthand of b = ++a * 6; is the equivalent to the following statement:

In fact, the two principles mentioned above apply more than "evaluating the arithmetic operation". For example, in the stack push operation:

we can do S->Array[++S->TopOfStack] = elem;, which is equivalent with the following, a nice short verison:

Another example is stack topAndPop:

In this case, we essentially do:

Look how clean I can make my code is if I can understand the difference between ++i and i++.

++i and i++ is really a powerful technique to shorten the C code. However, it can be error-prune if we are not careful enough.

Let's take a look at the following code snippet, which is adapted from the program on K & R p.117.

The reason we need parenthesis in (*++argv)[0] can be seen in the next line c = *++argv[0]. Since [] binds tighter than * and ++, then *++argv[0] is equivalent with c = *++(argv[0]). argv[0] points to the first char of the argument string that argv pointing at. Then we increment and dereference argv[0] to get the next character in the argument string. For instance, suppose argv pointing at -x. Then argv[0] pointing at - and we increment and dereference argv[0] to get x and assign to c.

We can see that the level of precedence of operators is crtical in this case. This can be seen from table on p.53. in K & R: 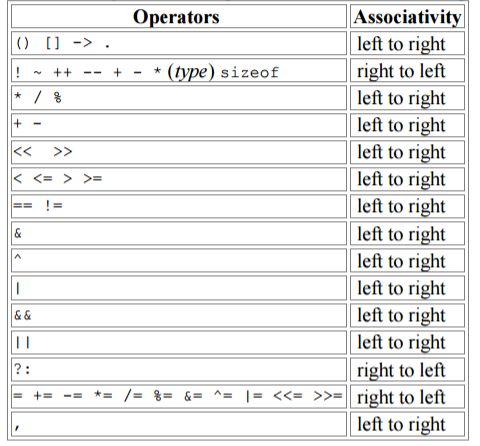 In this case, the value of *t++ is the character that t pointed to before t was incremented; the postfix ++ doesn't change t until after this character has been fetched. This makes sense if we consider it from precedence of the operators' view. * and ++ have the same precedence in our table. Thus, we evaluate the expression in ordinary order: from left to right. We first evaluate *s then we increment s.